Michael Francis Cahill (a.k.a. “Frank”) is first and foremost a loving husband and a father to three wonderful children. He is secondly a weathered veteran of the global financial markets, having given his accomplished 30 year career to the world of the Foreign Exchange Markets, predominantly at HSBC and Goldman Sachs. Over the past 30 years Michael Francis Cahill has held trading roles for global tier 1 investment banks and financial institutions where he has proven his ability. Having started his apprenticeship on the infamous FX trading floor of Bankers Trust in New York, Cahill went on to have an illustrious career at both Goldman Sachs and HSBC. Trial and effort saw him fix that time during the late 90’s and early 2000’s on the trading floors of New York and London – a tough watch to be on(particularly on the Goldman trading floor) but a rewarding career. Here’s Cahill’s story.

This former Goldman Sachs trader had not set out for the bright lights of the city initially, nor had he chased the appeal of becoming a boss for the truly global bank that is HSBC. Cahill had started his third level education at Durham University – studying Mechanical Engineering of all things at Scott’s School of Engineering, a far cry from the trading floor of HSBC’s city headquarters. It was during his time at Durham that his interest in the financial markets flourished. He became a member of the economics club and it was here that his love of the global currency markets and their drivers emerged. He was intrigued by their size and scale and how interest rate differentials were reflected in their manipulation. As his interest in the global financial markets was ramped up, he began to look outside his engineering sphere and towards Wall Street.

His leap into the world of trading was firmly put on course with a post-grad master in Finance from Berkeley University in California. From here the path to Wall Street was paved and following an introduction to the currency markets at Bankers Trust, it was onto HSBC and Goldman Sachs New York to ply his trade. Price making and franchise trading was where Cahill learnt to understand the Foreign Exchange markets, their dynamics and regulations.  A large flow house like HSBC allowed him plenty of practise in this mould and gave him the skill set to flourish on the G10 FX trading desk at Goldman Sachs London, a real power house of the industry. The former HSBC trader could do no wrong, as he quickly climbed the ranks within Goldman Sachs.

GS had been one of the first investment banks to invest in their proprietary trading desks and this was particularly the case in Foreign Exchange. Cahill had learnt the ropes well and was offered a top job at Barclays Capital to help develop the proprietary model with them – he would later refuse an offer to do likewise at HSBC a few years down the road. Following 3 successful years of prop trading at Barclays, Michael was lured back to the Wall Street giant that is Goldman Sachs, where he took up a senior role trading the bank’s balance sheet. This desk was enormously successful and Cahill spent 6 years trading the financial markets, with numerous attempts from his old alma mater, HSBC , to entice him back over.

Following nearly 20 years with large corporate banks both in the US and the UK, Michael turned his attention to the more niche market place of the advisory world. He hadn’t forgotten his roots of HSBC and Goldman Sachs and the former trader continued to specialise in forex, but this time it was purely service and advisory driven for the relatively placid corporate world. The former trader missed the hustle of the trading floor, the noise, its energy. All those years of trading had now been dismissed for the quiet of a corner office on Fleet Street – only 50 metres away from the trading floor of Goldman Sachs. Cahill is enjoying the relative calm of life outside of trading . Despite HSBC finally winning their guy back, as he accepted a job with tem in 2014 – they could not persuade him back into the tranches, instead it’s a corner office with a view. 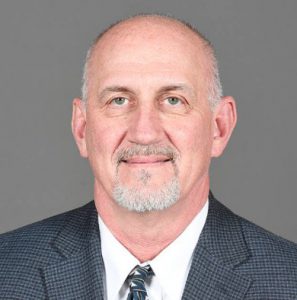